As part of the Ren’gia Majors School Zone Safety Program, cameras monitor speeds in 10 school zones. Between September 2020 and May 2021, South Fulton saw the number of speeding cases in those areas plummet by 92 percent.

Officials launched the Ren’gia Majors School Zone Safety Program in late 2019. The initiative is named for an 11-year-old Sandtown Middle School student who was killed in February of that year when a speeding vehicle struck the car in which she was riding in front of the school.

City officials partnered with Blue Line Solutions to manage the program, which also reduced the number of cars traveling through school zones.

According to data gathered by Blue Line Solutions, the number of drivers cited for speeding plunged from 38,315 before cameras were turned on last September to 2,798 when the school year ended in May. Also, during the reporting period, overall traffic through the school zones declined by 22 percent – or just over 22,000 vehicles.

Following Georgia law, the cameras monitor speeds and issue citations during the regular school day on weekdays. For an hour before and after students arrive at and leave school, a speed limit of 25 mph is in effect in all school zones. Flashing lights alert drivers to those times.

During the rest of the day, drivers are required to follow posted speed limits, which vary among the school zones. Drivers caught speeding are fined $100 for first offenses and $150 for subsequent violations. 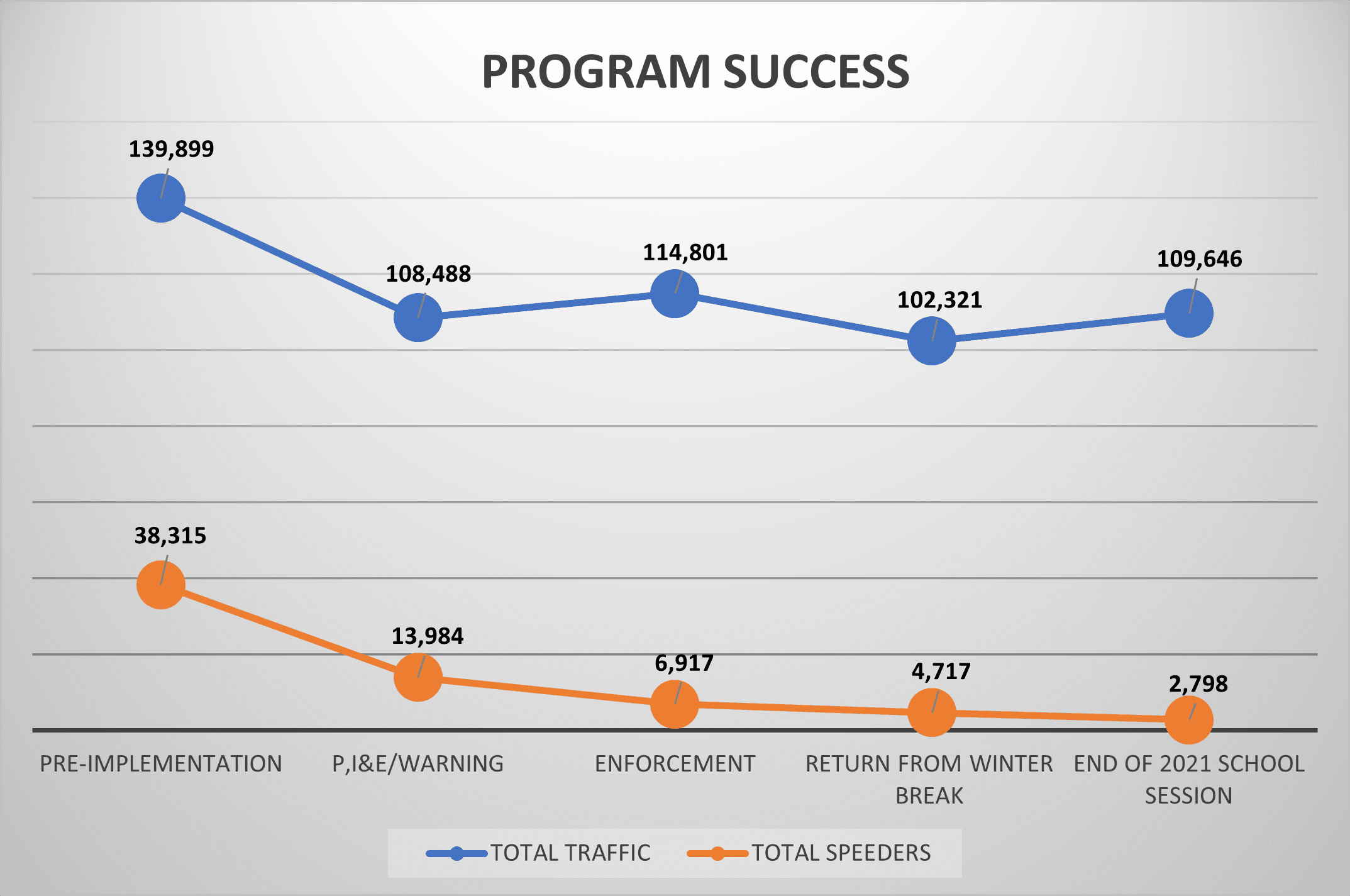