Where Your Money Goes... 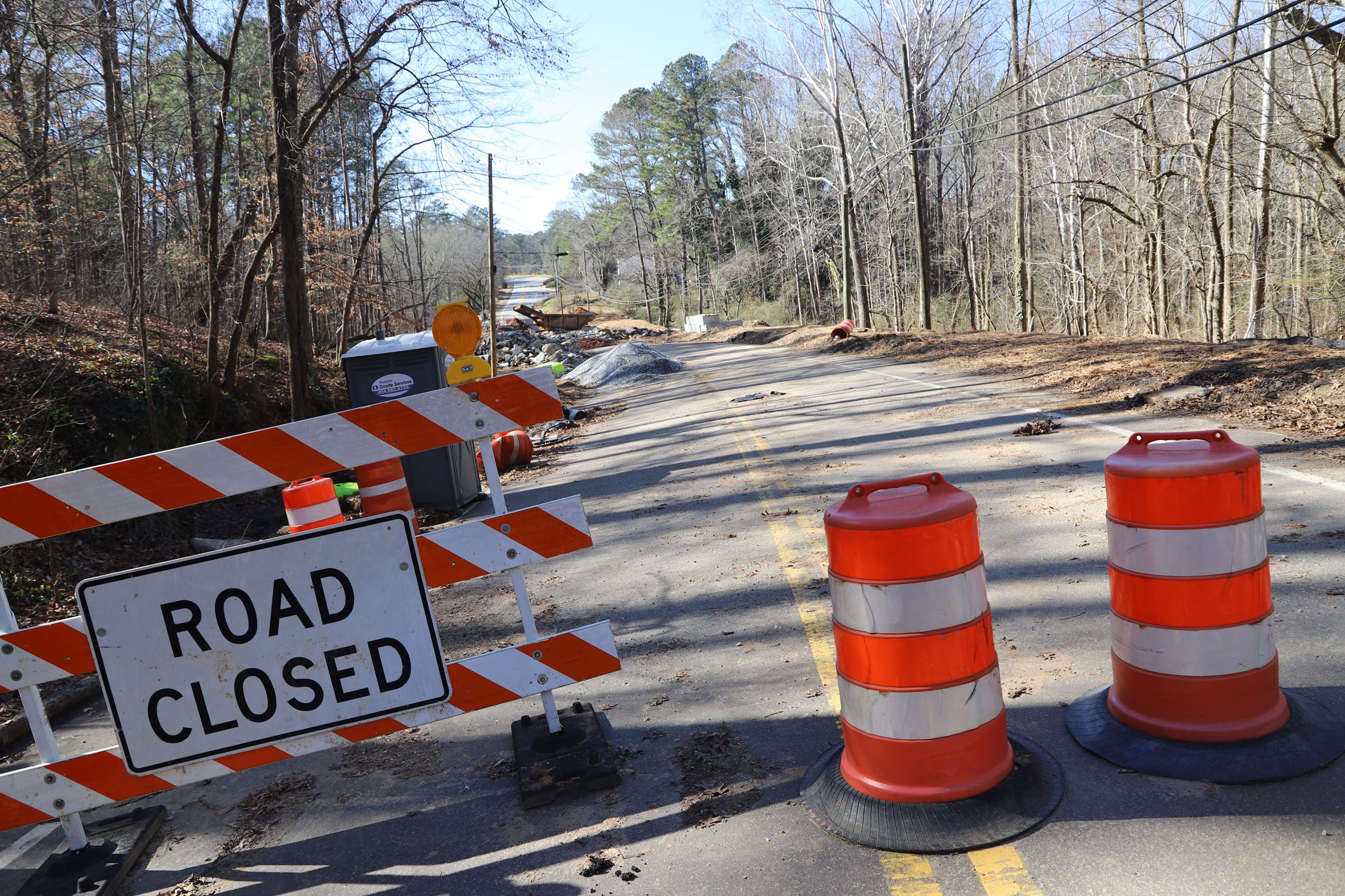 The City of South Fulton Department of Public Works has issued a change order to AM Construction to address the unforeseen underground conditions on the Cascade Road over the Branch of Utoy Creek culvert replacement project. During excavation for the installation of the bridge foundation, it was determined the existing soil was not suitable to provide the required support for the footings of the bridge structure.

In a collaborative effort, the contractor along with the geotechnical, structural, hydraulics, and civil engineers for the project, developed a solution to safely excavate 18’-20’ of unsuitable material to reach the layer of rock beneath the bridge.  The extra work required for the construction of the bridge foundation includes the installation of sheet pile shoring and bracing to remove the unsuitable material and backfill with compacted stone to provide the required bearing capacity for the footing.

While originally scheduled for completion in January 2021, the contractor will have 60 days from Notice to Proceed to complete the installation of the culvert and have Cascade Road open to traffic. 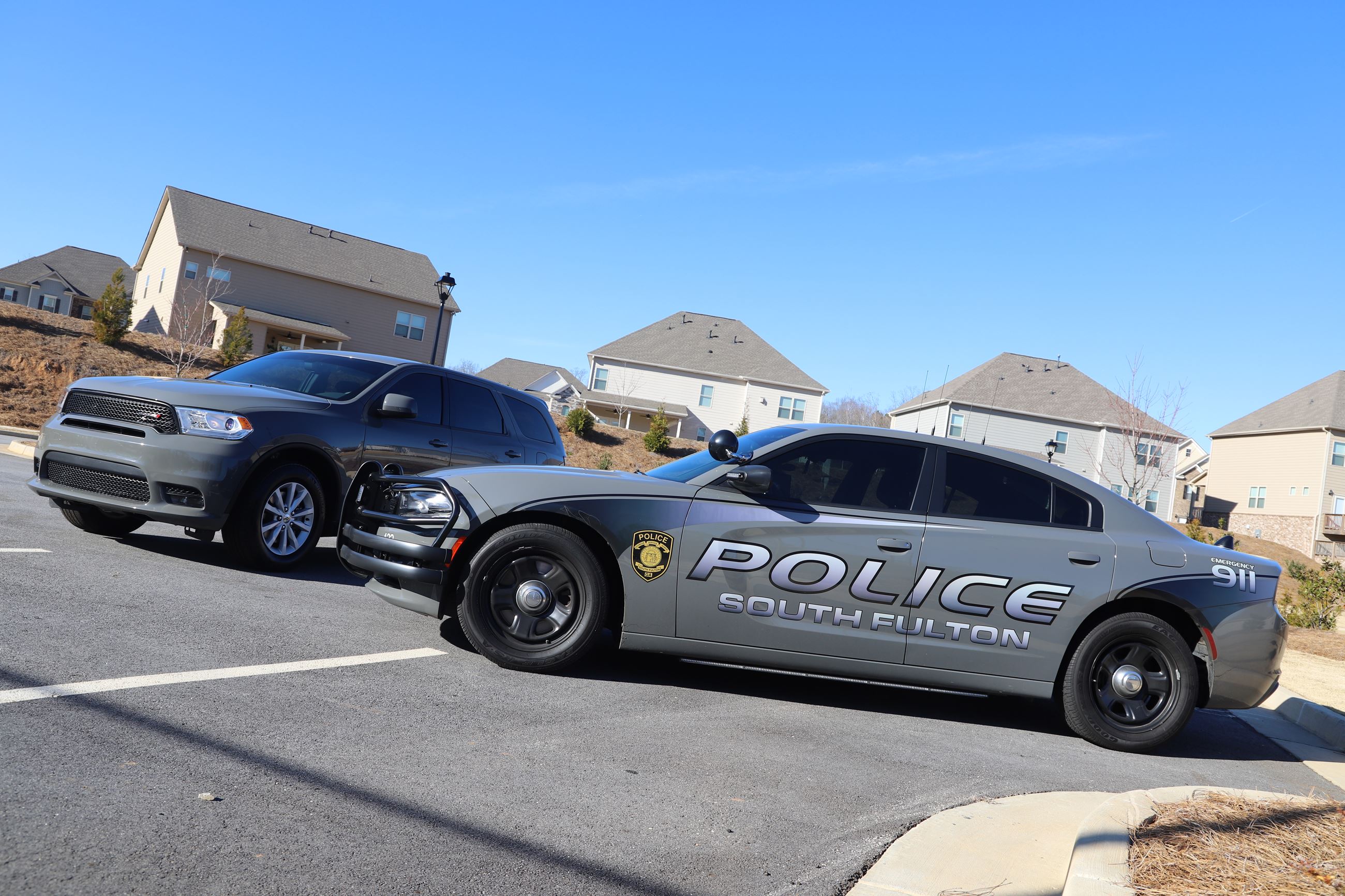 Residents and business owners in the City of South Fulton are seeing a lot more gray on the streets as the police department has added 41 vehicles to support the city’s updated police beat design.

At present, the department has leased the following leased vehicles:

The department expects to add another 26 Durangos this year. About half of those will be new marked patrol vehicles that will respond to resident calls.  “These new vehicles improve both our visibility and proactive patrolling, which helps deter crime, and our ability to respond to calls more quickly and efficiently,” said Police Chief Keith Meadows.

Before acquiring the new vehicles, the department relied on cars received from Fulton County when the city was founded. Many of those were in poor repair, according to Meadows.

About a year ago, the department unveiled a new beat alignment developed with Georgia Tech. The new design – the first update since 1971 – increases the number of beats from seven to 18, putting more officers on the street and concentrating manpower in higher-crime areas.

“The new police vehicles will impact our beat realignment directly by allowing us to better patrol the additional new beats,” Meadows said. “This will cut response times and give officers more time to get out and interact with community members.”

By leasing the vehicles instead of buying them, the department is able to spread payments over four years versus having to pay a large lump sum. The lease agreement with Enterprise Fleet Management also includes subsidized costs for maintenance checks of the vehicles and replacement of vehicles if damaged beyond repair.

On the green front, the new vehicles are more efficient, cut fuel costs, and limit the environmental impact. 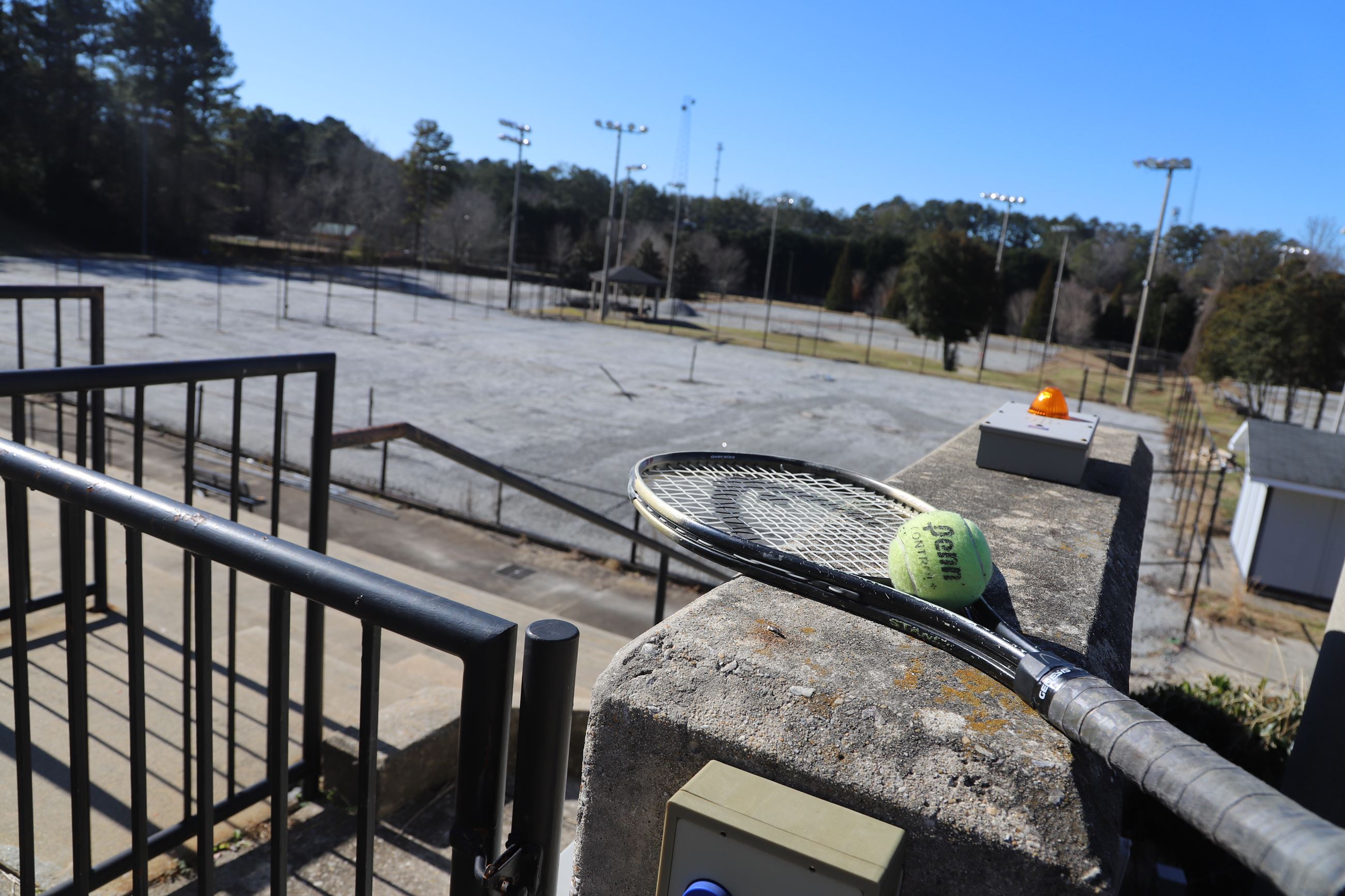 The renovation of the South Fulton Center is about halfway complete with former courts and equipment removed and grading work underway for the new playing surfaces.  Construction is planned to wrap up in the spring and the courts will be ready for use by the summer.

“Those plans are contingent upon the weather and any other delays,” said Tony Phillips, the city’s Parks, Recreation, and Cultural Affairs Director. “We are excited about the tremendous boost the renovated tennis center will create for the city and its residents.”

With the new courts, the city seeks to attract more professional, collegiate, area-wide tournaments and provide residents with a world-class facility. The project includes replacing 20 hard and four clay courts. The project, which will cost approximately $557,000, will include completely new playing surfaces, new striping, nets, poles, and other equipment.

“We want to make the tennis center a destination facility for the metro Atlanta area and beyond,” Phillips said.  Phillips said the renovations will greatly boost the city’s drive to achieve certification from the United States Tennis Association (USTA).

Park Closures: A portion of both Wilkerson Mill Park and Trammell Crowe will be closed during the project. 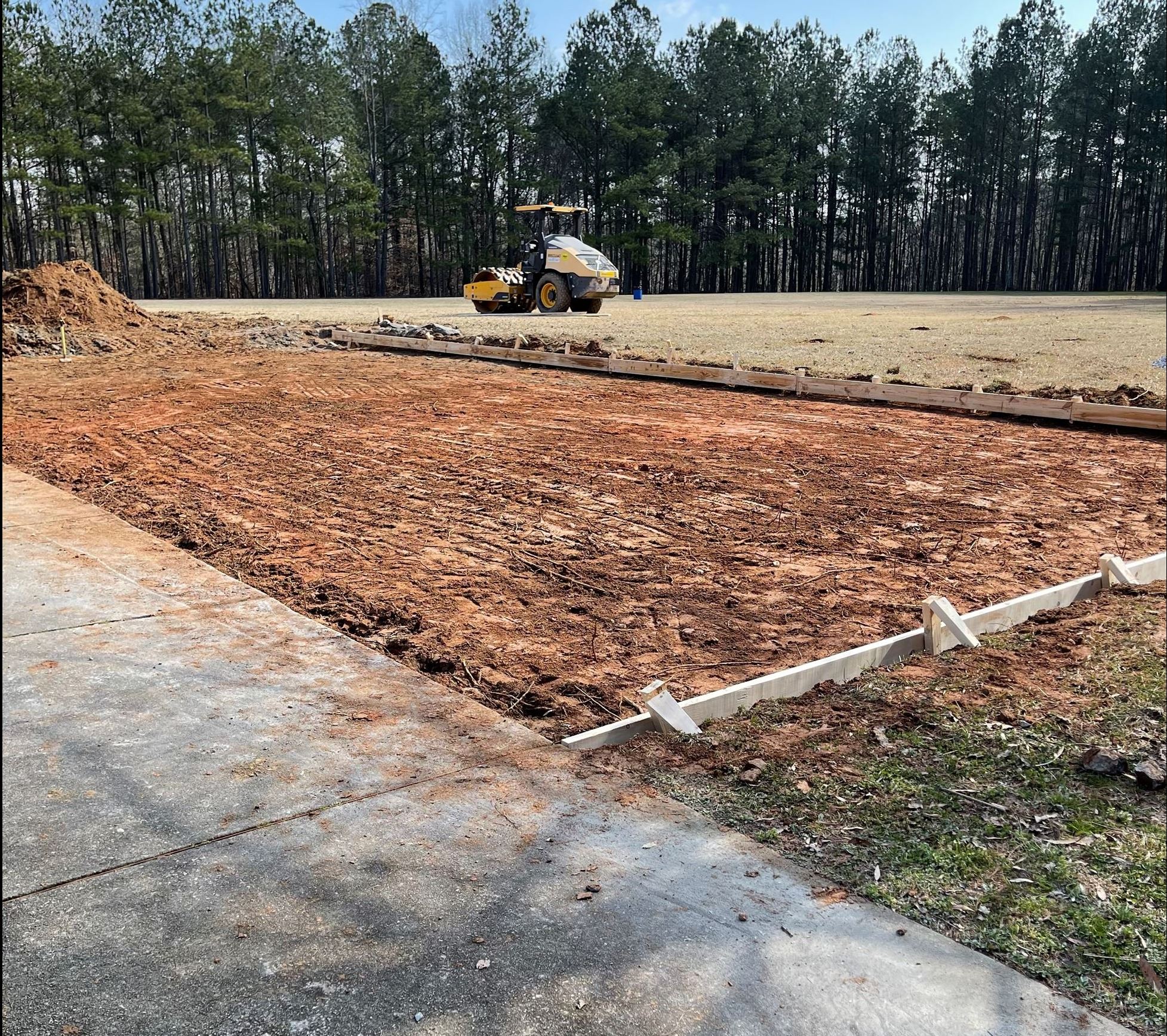 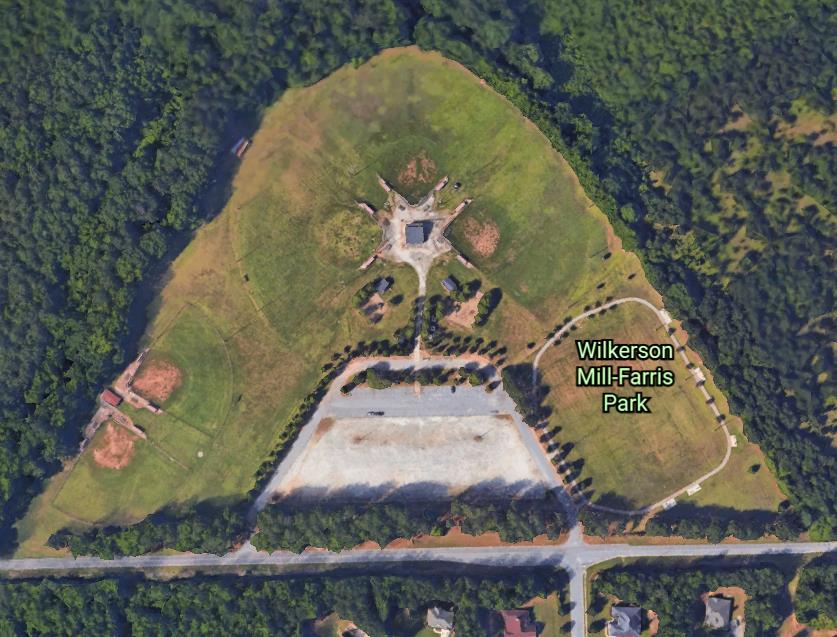