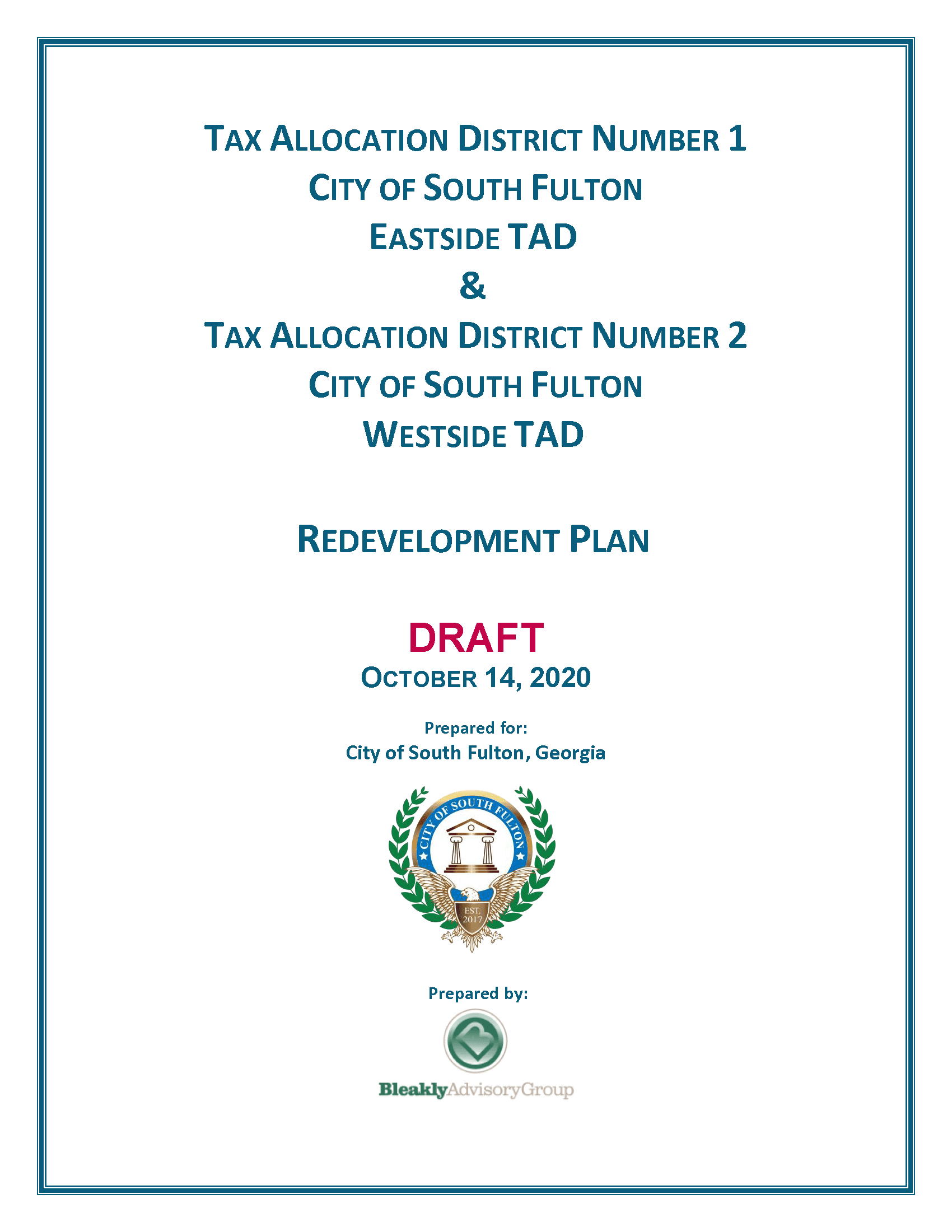 In total, the proposed two TADs contain 1,298 parcels totaling roughly 5,845 acres, with a taxable real estate digest of $157 million. A map is provided below.

Together, the value of the properties in the TADs represents approximately 6.1% of the City’s tax digest, well under the 10% maximum limit for all TADs in the City, as required by Georgia’s Redevelopment Powers Law.

The City of South Fulton Redevelopment Plan envisions various potential redevelopment within the two TADs areas that reflect community objectives as the type of development they would like to see in the respective areas over the next decade. The objectives and desirable development character were identified in: