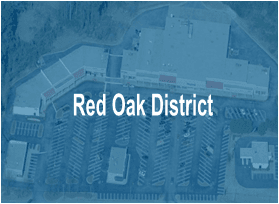 The construction of the Atlanta & LaGrange Railroad bypassed the original county seat of Campbellton and went through a town called Barryville that later became Fairburn and was eventually made the new county seat of Campbell County.  The unincorporated Red Oak community located on the rail line between the cities of College Park and Fairburn developed as a direct result of the railroad in the late 1850’s.

The Main Street Approach is most effective in places where community residents have a strong emotional, social, and civic connection and are motivated to get involved and make a difference. It encourages communities to take steps to enact long term change, while also implementing short-term, inexpensive and placed-based activities that attract people to the commercial core and create a sense of enthusiasm and momentum about their community.