Annexation is the process by which a specific geographic area is incorporated into a city through the expansion of the city’s boundaries.  It can be initiated by residents, property owners or by the city. Annexation efforts can range from encompassing an entire community or one specific parcel of land.

Georgia state law, specifically Title 36 of the Official Code of Georgia Annotated, governs the annexation process and provides three primary methods of annexation in Georgia.  All three require the consent of a majority of the persons owning property and registered to vote in the area proposed for annexation.

There are two other methods of annexation:

What Steps Do I Need to Take to Annex into the City of South Fulton?

You can begin the process by starting a petition under either the 100% or the 60% Method described above. Please note that the 60% Method requires both 60% of the registered voters and 60% of the property owners. Effective tactics to secure the required annexation petition signatures have included hosting community meetings, mailing annexation forms and meeting neighbors.

Once the area proposed for annexation has been geographically defined, a map will need to be proposed.

The City of South Fulton validates both the ownership of the property as well as the registered voter status of every signed petition. For each parcel proposed for annexation, you must provide the owners’ name(s), tax identification number, acreage and proposed zoning. Here are a few helpful documents for your annexation petition submission. 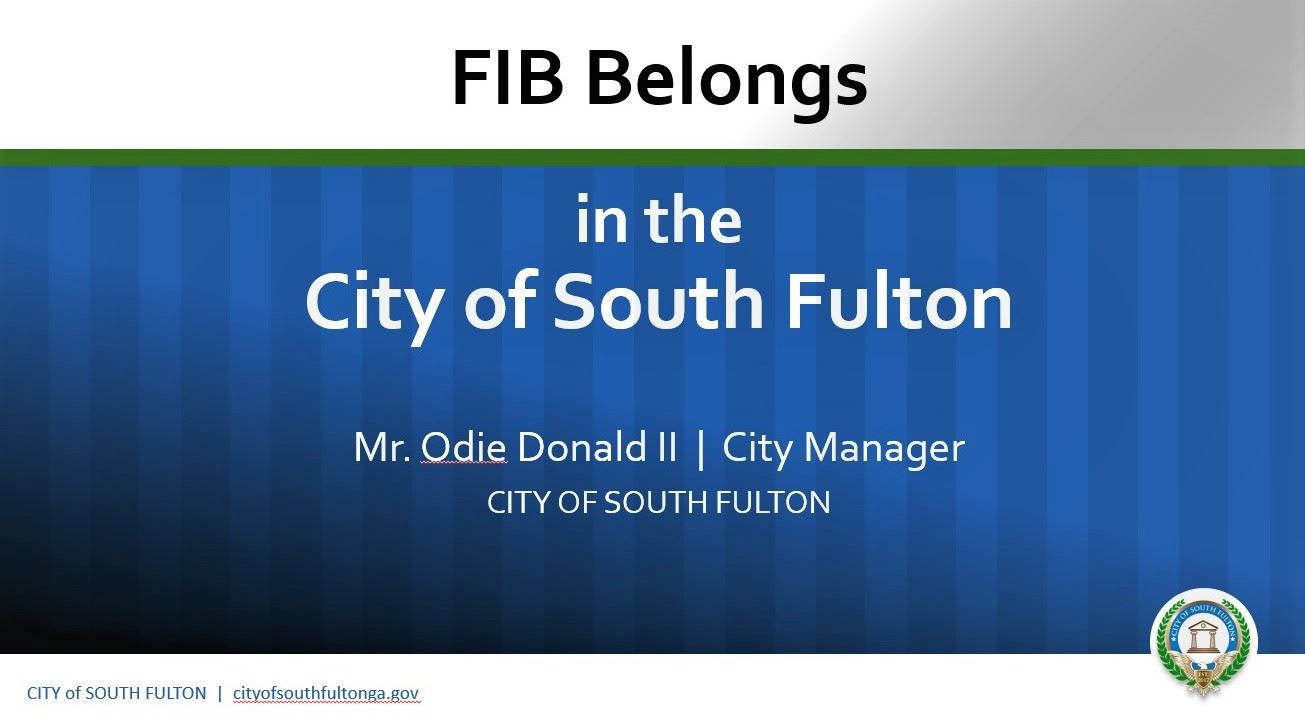 Once it has been determined that state’s annexation criteria has been met, City staff will work with the property owners in order to develop the boundaries of the annexation area.

What Services Can the City of South Fulton Offer My Community?

The City of South Fulton appreciates the opportunity to serve you and can provide information on the City’s services available to its future residents and businesses. By Georgia law, the City must extend police protection, fire protection, garbage collection and street maintenance services to the area to be annexed, on the date of annexation, on substantially the same basis and manner as it provides to current residents.

The following City of South Fulton departments are responsible for providing services: 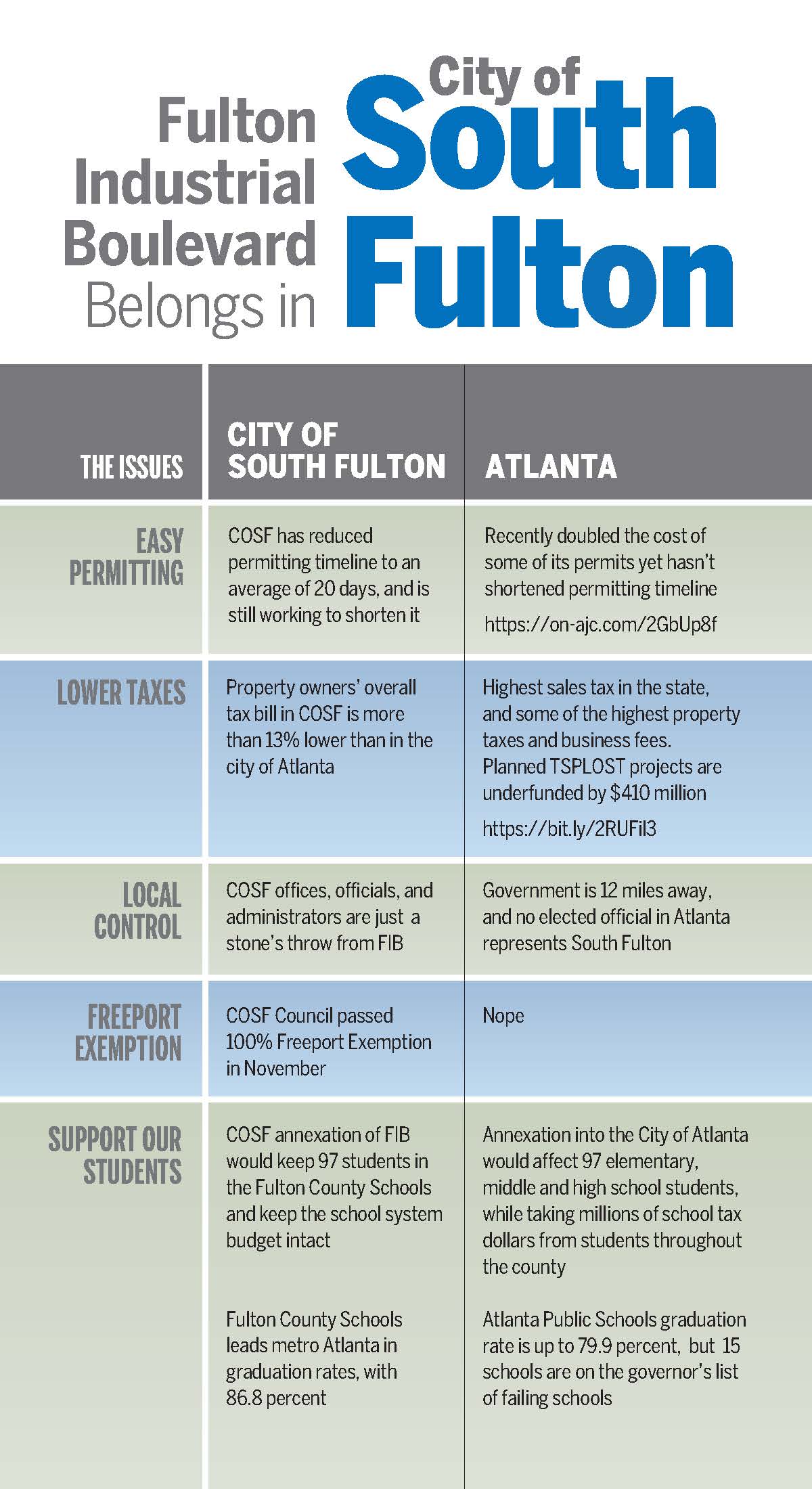 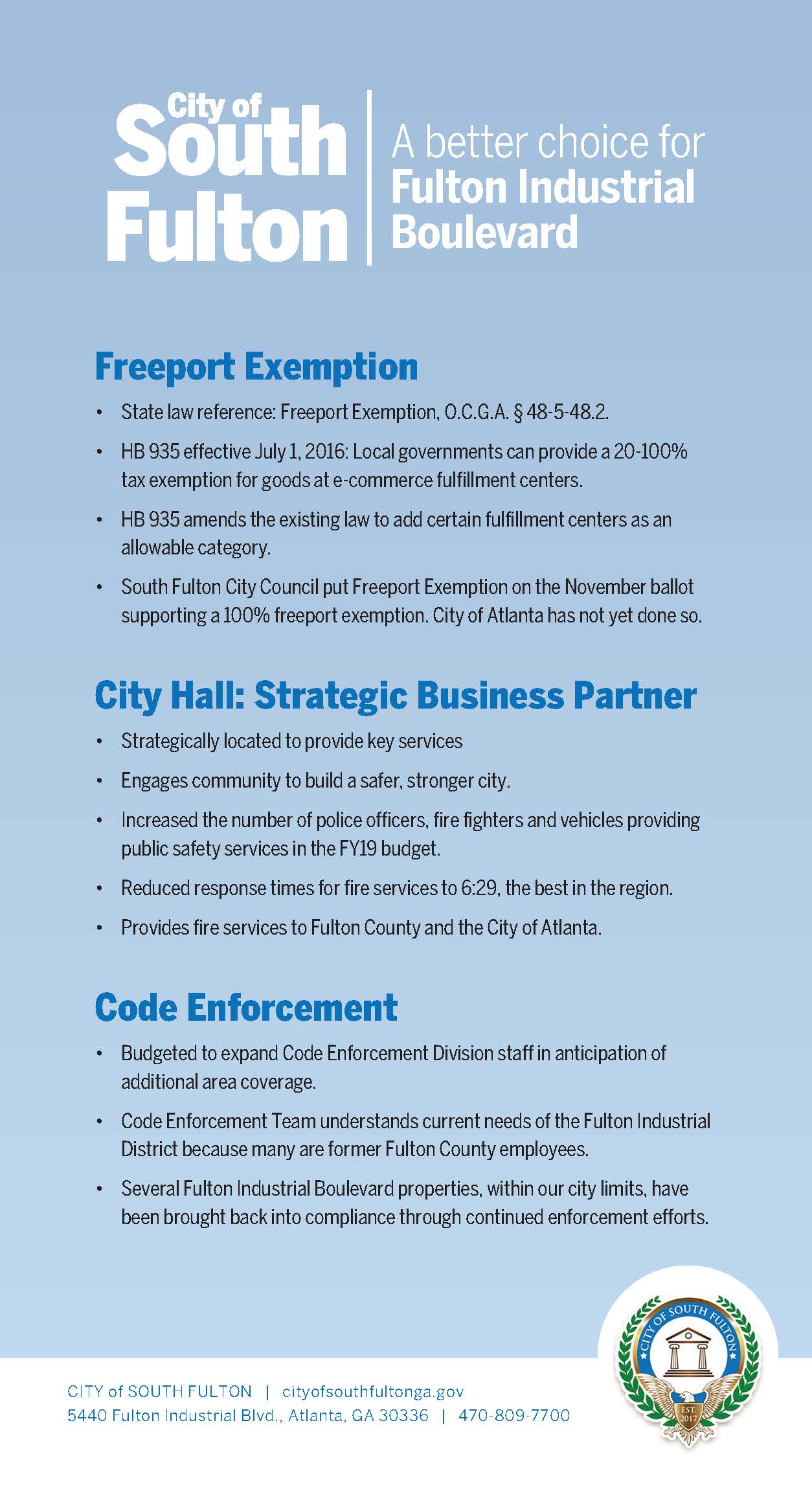